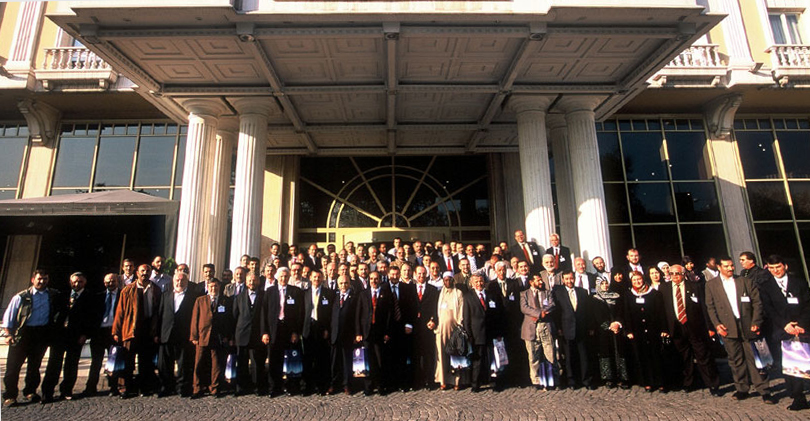 The Union of Non-Governmental Organizations of the Islamic World (UNIW)

The official establishment process of the Union of Non-Governmental Organizations of the Islamic World started on May 1st 2005 and ended on December 30th 2005. The establishment process has been carried out in accordance with Article 3335, the Establishment Act of the International Organizations. It has gained its legal status after the signed confirmations of the Council of Ministers and the President of the Turkish Republic. 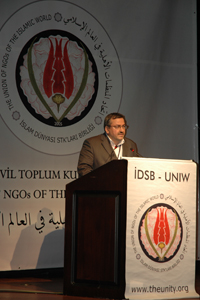 UNIW reminds us the qualities that we almost forgot. The concepts, “Civil Society” and “Volunteership,” that today’s people only recently noticed is not new to our Islam-based culture. We inherited the civil society from the Era of Bliss (time of the Prophet) and its centre, the City of Medina. The Society of our Prophet’s friends (peace be upon them all) is the best model for today’s civil society just as our Prophet (pbuh) is the unique example for the civilized mankind. They showed us the outstanding examples of the spirit of civil enterprise, unity and solidarity, didn’t they?

Those distinguished people have institutionalized the spirit of the solidarity and help, and they named it Waqf (Foundation). They have become the leaders and role-model of the civilized nations by setting up the foundations in all kinds fields (for good causes). The dynamic structure of today’s civil society is the heritage of that culture to us.

If we desire to experience the beauties of the Era of Bliss and to enlighten the darkened spirits of the ignorance time, we are responsible to revive that spirit of Medina back. Our people and as well as other people all need to hear this voice. So, the exact mission of the UNIW will be just that.

Gaining its power from the power of each one of us and having removed individual shortcomings by this synergy, this union is a platform which will introduce to the humanity once again the basics of civil society similar to the Era of Bliss.

This union is the voice of the Islamic World. This unity is our spirit. It is our identity. This union’s reference and reason to exist are again us and our culture. By the initiatives of this NGO union, we want show what human is, what the civil society is, and what the rights and freedoms are.

We have a message to the entire world. We will say, “Please analyze once from our perspective the world events, most of which are shaped by the scenarios of the social engineers!”

The world will hear and understand the voice of this culture that prohibits killing of a person unjustly with no legitimate reason, or of a civilian in a war, and regards the killing of an innocent person equal to the killing of the entire humankind. The residents of the world indeed need the warmth of this message.

The guardians and power centres of a civilization based on double standards and insincerity, cannot establish a genuine civil society. What is there to learn in this arena from those whose hearts are closed to other realms beyond the material world?

Is it not all clear that in a society lacking spiritual qualities that originate from a genuine religion, the sincerity and considerateness are substituted by disgusting egoism, hypocrisy and financial calculations.

The Union of Volunteer Organizations of Turkey (TGTV)

The human, created in an utmost beautiful manner, is superior and honourable only because of his human qualities, his self sacrifice, and his solidarity with others. Striving hard for the cause of good works is a sign of people having good and clean hearts. That hard strive is a devotion of himself to his own aim. These volunteers who are candidate to bear this blessed load do not expect any worldly rewards. They forget themselves in material gain yet they remember themselves in hardship, service, and giving hand. As they volunteered for very demanding duties, they will be granted great bounties from Allah. They do not take pride in what they have done but they do not forget that they are hold responsible of what they have not done while they can. They never forget from where they come and to where they are going. On the entrance door of such devout person’s heart, always this sentence is written: “The self is lower than anything else, yet the duty is higher than anything else!” 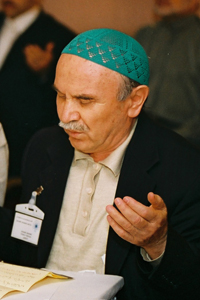 The volunteer organizations carry out the most blessed duty since they ignite these high feelings into action. The volunteer organizations educate their volunteers to become people who devote themselves to their cause. Civil society means a civilized society. We are the members of a civilization which regards life as cooperation and solidarity: in its base there are rights and the justice, in its aim the virtue and Allah’s pleasure. If the fundamentals of this civilization are manifested in a social life, the best quality civilized society will emerge.

Our civilization is the civilization of the hearts and minds; hence the volunteers of our civilization and their foundation shave the might that can change the colour of the world. This happened in the past and it will be so in the future. Yes, the past is a mirror of the future. The light shed by our forefathers who left us over a hundred thousands of such foundations shows the whole beauty of the basis of our future cultural structure, does it not?